Home englishNewsCommentaryIn the end everything will be fine

In the end everything will be fine

– and if it is not yet good, it is not the end (Oscar Wilde)

Europe is in a state of shock, the governments are panicky, the population is hoarding or hampering according to needs – the French red wine and condoms, the Americans weapons and medicines, the Italians cigarettes and grappa, the Germans toilet paper and flour. Many wonder what is going wrong. The answer is clear, isn’t it?

The problems of the European economy are manifold, the protective measures for particularly vulnerable fellow citizens are sometimes drastic. What the tourism industry (what is there actually an industry?) Has to endure is still pending.

There are bans on contacts, there is even a curfew under discussion. More than two people at a time should not be in one room. The “emergency baccalaureate” brought into play by some minister of culture, ie a baccalaureate without written and oral exams, the grade of which derives from the achievements of the past two years, only seems off the table for the time being. In Hesse, the written Abitur exams run under sometimes absurd conditions, the reasons and forms for objections to possibly expected bad grades are already in stock at many law firms. Similar ideas are expected for middle maturity. And nobody knows how to design the oral exams “contact-free” – maybe digitally? The streets are deserted, the CO2 values ​​as low as in Caesar’s time. A nightmare for trade and industry. Many small and medium-sized companies rely on walk-in customers, not everyone can go to the “home office”, not everything can be ordered online.

When will there be full freedom of movement across Europe again? AEGRAFLEX has also reacted and postponed GraFlex 2020 to the coming year at the same location.

Is national foreclosure an answer to the questions of the time? Certainly not – even if some of the representatives in the Bundestag just say so. If the pandemic, which is facing not just Europe, but the whole world, teaches us one thing, then that going it alone won’t do anything, but it won’t do anything.

Mr. Trump wants to close borders and restrict access from Europe, except for Irish and British – however, the number of cases there is higher than in the rest of Europe (currently). Austria, Bavaria, Baden-Württemberg have largely closed the borders, but the number of cases is still increasing. The measures taken by the governments in Germany and Austria, but also across Europe, are having a slow effect, which is not surprising, since the contacts of those already infected are still in the incubation period; Measures today will only take effect in 10 to 14 days! But what definitely happens is that the dreaded “peak” does not peak in the number of infections and there is “only” a flat curve, so Twiggy rather than Rita Hayworth.

Nevertheless, or precisely because of this, politicians are already asking about exit scenarios from the self-imposed “internal embargo”. We have to – and President Trump is right – we have to give people access to work and income as quickly as possible. This is what the two otherwise incompatible politicians, Boris Palmer and Christian Lindner, mean when they talk about organizing the exit from the exit. There must be a plan for after that!

Even though the chairman of the so-called “economic advisory council” says that we (in the case of Germany) can afford a trillion in debt, we have to remember that it is always the citizens’ money that is planned here, money that should help small and medium-sized businesses today so that citizens can live normally again tomorrow.

We will master the crisis! We should take advantage of the crisis to reflect on ourselves and our families, and in addition to being open to the outside world, we should also be open to the inside. And we have to remember and cultivate our virtues again: hard work, care, innovative strength!

(OStR iE) is the managing director of AEGRAFLEX, the European association of engravers and flexographers. 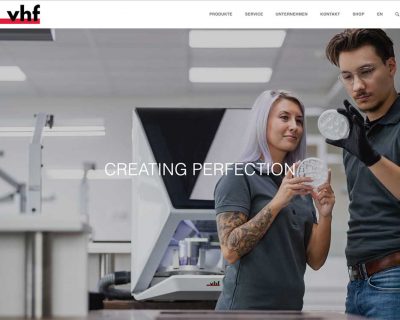 Guilds/Associations, Training on the job

Successful completion of the 9th master course of the BIV 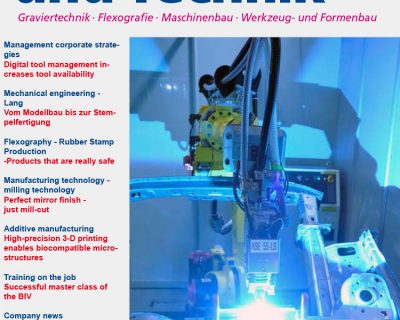 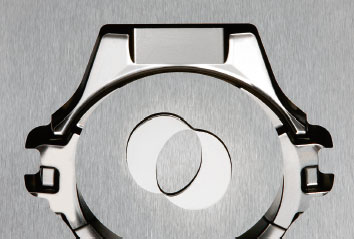