Home englishNewsCommentaryNo one is born as a master

No one is born as a master

As a feature of the amendment to the German Code of Crafts, twelve other professions are now becoming “occupations with a master’s duty”. According to the press release, the intention of the Federal Government is that there is less “sham self-employment” but more “quality”, so on the one hand it is focused on consumer protection. On the other hand, occupations which imply a “danger at work” should be made safer again by the master; the example of the scaffolders, however, shows how short one has jumped – the painter or facade decorator is still allowed to set up scaffolding without a master.
When the red-green federal government abolished the compulsory master’s degree in most professions, it wanted to make the labour market more flexible. This has worked more or less well. However, the model example of the tiler, which now also provided cheaper offers from other countries in the Federal Republic, has turned out to be a boomerang; the work that has just been carried out in this area was in so many cases “inadequate” that one felt compelled to react.
Now the culture of discussion dictates that one should look at all sides and also deal with the arguments of the other side. Head in the sand and “lalala” singing stops any discourse. At the moment, it is even so bad that one must not even start a discussion, because one is immediately put in a corner by the supposed opposite side, so that one does not have to deal with their arguments. And even if it now seems that on some issues one can only have the public opinion and only consider it correct, it was always the discourse that led to solutions to even the most difficult problems.
In the question of a master’s duty, it can now be said that the tradition of craftsmanship must be strengthened and that it is precisely master training that guarantees this protection.
On the other hand, it was always stated that the master training was so expensive that one could not really afford the master course, or the prices of the master’s products were so high by the “master” that one could not make competitive offers.
The master training should and should ensure that the delivered work also meets all demands , especially the promised ones. On the other hand, it has always been clear that a proper training and a sufficiently long time as a journeyman, especially if the employer consistently puts on further training, lead to a very good quality – and someone who has two left hands cannot make a master class.
A master provides for training, says one side, the other says that the influx to the craft trades goes back a long time – the youth today wants to do “something with mobile phone”, as not so long ago “something with computer”.
This indicates only a small selection of the given arguments. A solution to the master question must now be disputed in the discourse.
The championship was supposed to be a flagship that was not advertised enough in the EU, which was not made palatable to the other member states. A good step was to integrate the championship title into the European qualifying framework. However, the advance that allows the masters to enter a bachelor’s degree does not go far enough when it comes to marketing ideas.
And this one was actually at the beginning of the master, the guilds regulated the market, and access to the market was only gained as a master. The fact that this is no longer the case today is a boon, as the market is now more open, especially from a consumer point of view. Nevertheless, it would have been good for the inns in the German-speaking world to defend their position much harder instead of sacrificing it on the altar of adaptation, instead of making it clear that it is a “quality claim” that should be defended and defended. But the water has long since come down the Rhine …
In order to show the Master not as another obligation but as a trademark and a sign of quality, the following points had to be brought to the fore:

– Easier access to courses
– cooperation between the European guilds and associations (this would be quite simple, at least in the German-speaking area, since here the “master concepts are very similar”
– Less costs for applicants
– Stronger support for businesses
And above all: better European-wide marketing to illustrate the advantages of a master’s education.
Yours sincerely
Bernhard Diel

Support training companies! Dear readers! Corona currently has the world under control, which has an [...]
Read more

Dear readers, Honestly, how often have you said that in the past few days, how often has it been [...]
Read more 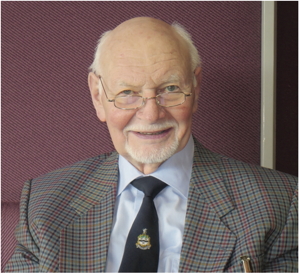 What is missing is you

Instead of an editorial In any community there are people who – it is said – leave deep [...]
Read more

In the end everything will be fine